The Flirtelle "Lucy": A Cinderella Story

At the same time that I was ordering the Curvy Kate Smoothie from Brastop, I noticed that they had some new Flirtelle bras. One of them was the “Lucy” in a couple of new colors, including this Silver shade: 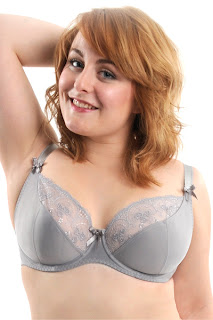 Now, like a lot of Flirtelle’s new releases, this bra only starts at a 32 band. I also knew it was the same design as the Flirtelle Sublime, reviewed here, which had stiff fabric that I hated. What’s more, Flirtelle and Curvy Kate unpadded balconettes just don’t give the best shape on me, especially after a few hours, so I’ve mostly given up on them. (Apparently this is called an "upside down 7" look. I'm not sure who coined this phrase but I love it! I just got it from this Bratabase question and answer.)

Those are three good reasons why I could have overlooked the Flirtelle Lucy. (I really wish ever brand ever didn’t have a bra called Lucy, but I digress…) BUT—I have been seeking an unpadded gray bra for literally years. Options were slim, including Freya’s Lucy bra, which I never found: 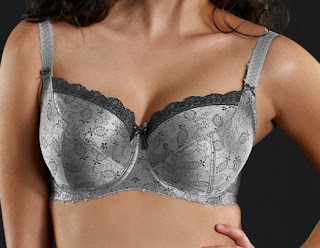 Kalyani’s Natural Charm bra, which I was convinced would give a bad shape: 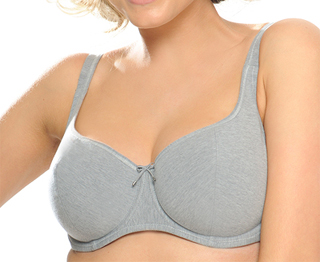 And the Fantasie Belle in Silver, a bra which I really dislike: 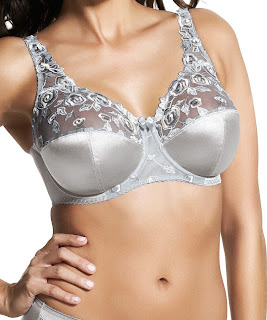 And that was just about all. So I knew I couldn’t let the Flirtelle Lucy get away as long as there was any slim chance that I would be able to alter it into submission. I ordered a 32H, sister size of my normal 30HH for Curvy Kate and Flirtelle.

When the Lucy arrived, I was unsurprised to find that the shape it gave on me was not great: 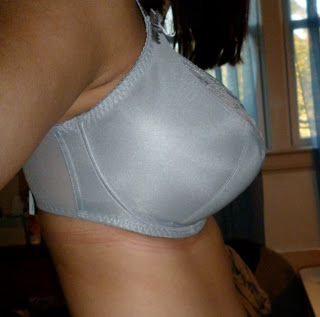 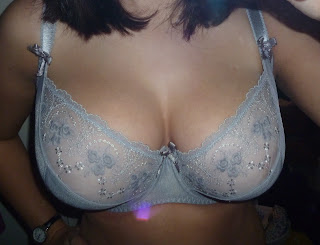 It’s not horrid, but it did make my boobs have a lot more projection than I prefer, and consequently there were wrinkles along the diagonal seam across the cup. You can see some of the empty space here: 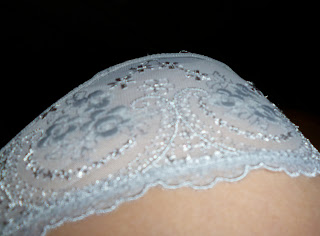 Because of this, I knew I would be able to take in the center seam to make the shape more round, as I described in the tutorialin this post, “Making a Pointy Bra Round”:

I decided to try doing the alteration on my sewing machine this time. I was a little nervous that sewing such thick fabric would be impossible, but it worked just fine. 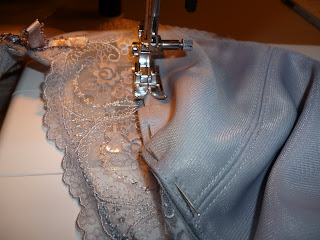 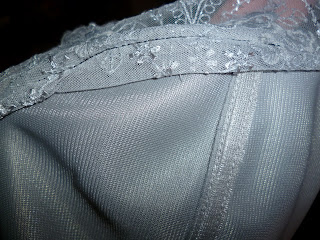 It was also EONS faster than the agonizing, painstaking process of hand-sewing something so thick (think thimbles and tweezers—I would probably have made faster progress with an awl).

Because I was machine-sewing, I also decided to pin the seam rather than taping it this time around. I just taped the very ends of the alteration to make sure that part was smooth. 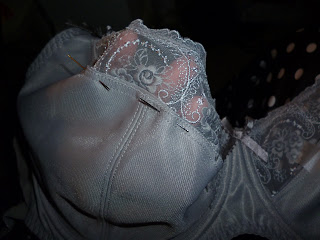 Here’s the difference in shape, Before: 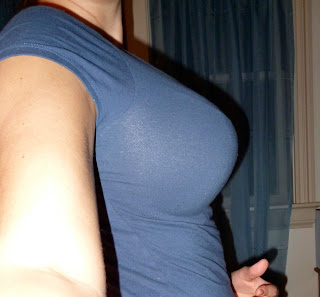 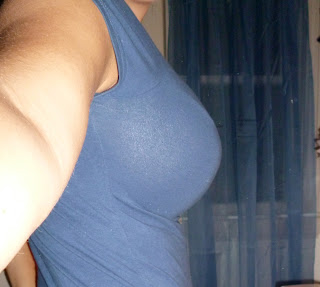 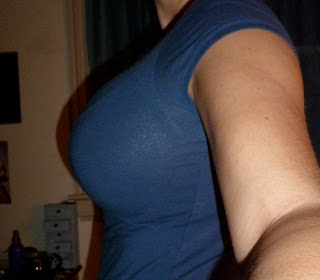 Because the band was a 32 band, and the cups were angled in a very V-neck shape, going high up towards the straps, I decided to take in the center gore as well. This serves three functions—it takes some length out of the band; it “turns” the cups so the shape is less plunge-y and more half-cup-y; and it provides a little extra openness in the top of the cups, which I needed after taking in so much fabric from the cup.

I decided to do the alteration on the center gore on my sewing machine as well, which was a mistake as I almost broke my needle by hitting the underwire accidentally. I also did it rather off-center and sloppily as it is very hard to fit the center gore of a bra under the foot of a sewing machine. I’ll probably fix that later.

The one issue I expected would be really problematic, the bulk of the altered diagonal seam, wasn't as big of a problem as I expected. It does show through tops, especially a thin t-shirt like the one I'm wearing in the photos. 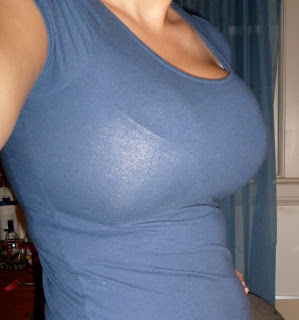 But in my day-to-day life, I always wear a tight cami underneath my tops. With the cami-top combination, the seam blends in more, and although it still shows, it doesn't look bizarre.

The center gore doesn't lay perfectly flat, but overall I’m really pleased with the results of my alterations. I expected to feel as though I was fighting a losing battle or would never wear the bra. But it’s an unpadded gray bra! I’ve worn it repeatedly and I’m pleased to report that so far, the shape stays pretty good throughout the day. I even wore it to do yoga and nothing went horribly wrong.

Owning a gray bra is all that I hoped and more. I know some people consider it a plain or neutral color, but I’m a little obsessed. I think it’s an amazingly flattering color on brunettes and redheads especially. Wearing a gray bra with matching gray undies I got from Forever21, I feel a little extra boost of cheerfulness all day. I still maintain hope that Cleo’s Lucy bra will eventually come out in a gray color, but this Flirtelle Lucy will sustain me happily until that time.
Posted by Bras I Hate at 12:21