In my opinion, Panache’s Sienna bra is one of their greatest triumphs. If you’ve had success with their other bras, then this bra will seem like heaven to you. Before anyone gets excited, though, here are two things to know:

It runs small in the cup. The specialty store I go to in the US always brings this bra to their customers in a cup size bigger than their normal size. I would similarly recommend that everyone go up one cup size in this bra.
It doesn’t come in a 28 band. Sadly, this beautiful bra, which gives me the best shape of any bra I’ve ever worn, does not come in my actual size. Since it runs one cup size small, I’d want a 28JJ instead of my normal 28J; instead, I have to be satisfied with a 30J. I don’t like to advise “sister sizing” since it can cause back pain, so if you wear a 28 band normally, I’d only recommend getting this bra if you feel comfortable with the idea of altering the band later. I’ve started on the tightest hook, and as soon as it stretches out, I’ll need to take in the band.
That said, this bra is really beautiful. It’s popped up in various colors over the years… 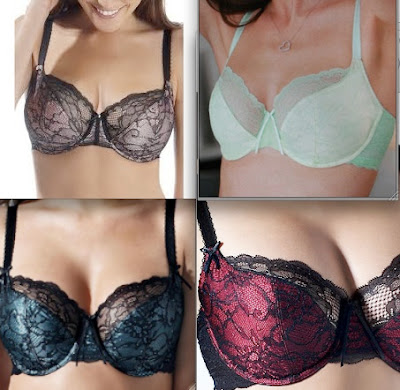 …but I think this recent Navy/Plum color is the best I’ve seen. 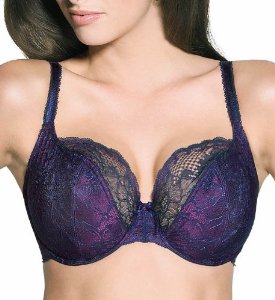 This bra gives me the shape I consider ideal. 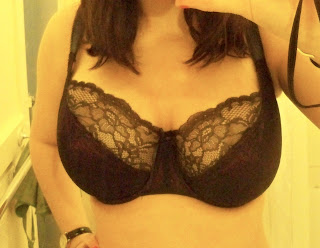 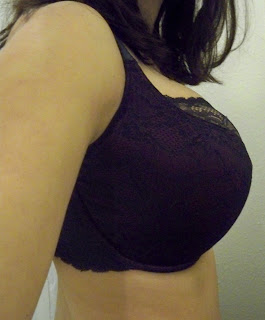 I love the fact that the overlay is a rich navy blue, rather than black, which can look flat next to other colors. The plum underneath is a beautiful satin—I just wish I could feel the texture of it. I also love the fact that the lace continues on the band. In general, the look of this bra is very luxurious and sophisticated, in contrast to the cute/fun bras I usually wear, so wearing it makes me feel like I'm doing something special for myself. 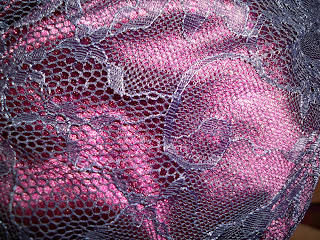 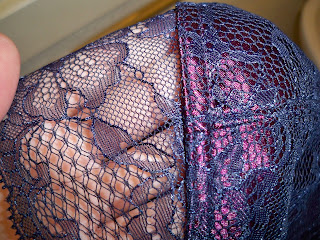 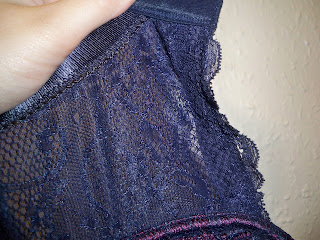 I like a round, compact shape to my boobs, and Panache is the brand that really knows how to deliver this. Sadly, they are also the brand that makes bras that are bewilderingly, almost criminally uncomfortable. The Sienna, like most Panache bras, has very wide underwires. After bending them into the shape of my body, I found the bra comfortable, except for one problem—the casing of the underwire is very stiff at the center gore, and since my boobs are close-set, it tends to poke a lot right at the top corners. This painful problem has lessened a lot with wear, but during an unfortunate incident when I slipped down some steps wearing my brand-new Sienna, the wire actually cut me a little. I know this wouldn’t have happened if not for the fall, but again, I have to ask if it is really necessary to make bras with materials that could draw blood in any situation.
Let’s just say, the Sienna is great enough that I’m willing to overlook the fact that it literally stabbed me. I can promise there is just about no other bra I would say that about.
Posted by Bras I Hate at 13:50