The Panache Tango II: Not the Heaviest of Heavy Lifters

I’ve just read a review of the Panache Tango II on My Curves and it reminded me that this is another bra I feel pretty negative towards. It’s a very popular bra that many people depend on daily, but it also seems to let down a lot of others who try it… literally. Every time I’ve tried it, I’ve hated the low, unsupported, pointy look it gave me. I think some people struggle with the Tango II’s shape because the bottom section doesn’t come up to meet the strap, like the far right image on my handy diagram:

For those of us with heavier boobs and certain shapes, the cut and style of the Tango don’t perform as well as we might hope. The really disappointing thing about the Tango II is that comes in so many colors, so many sizes, and a plunge version AND a balconette—so it would be a REALLY handy bra to fit into well!

When I used to shop at a specialty store in the US, they had lots of things in a 30HH--but the Tango II was the ONLY bra they carried in a 28J, and in nude at that. Despite this it’s a bra that fascinates me because of how polarizing it is, so I decided to do a little poking around out of curiosity. I’ve found one of the best ways to discover a bra’s weak points is to read the reviews on Bravissimo, and especially look for that little “but…” in the positive reviews.
Here are some of the complaints I found in the reviews for the Plunge version of the Tango, pictured again below… though it has good ranking overall, many reviewers slipped in a few jabs. 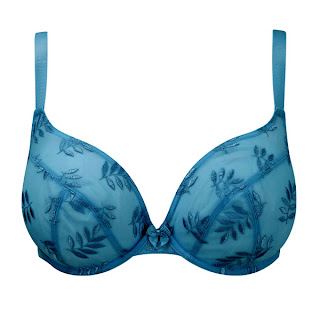 “My boobs are naturally very high up and round, this bra totally transform them! Compared to the balconette version this is better in terms of shape for me, the balconette makes my boobs look like a triangle from the side, this is less triangle like but still very unflattering. It pushes my boobs down and really, there's a pointy shape to this one too… Lumpy under clothes but that's to expect from this bra.”
“I really didn't like Tango. It looked ok from the front but it was awful from the side. It gave my boobs a horrible pointy shape. I couldn't have left the house in it, unless I was going to a fancy dress as Madonna! I'm sending it back.”
“This bra is great if you want to wear a low cut top but don't want to appear too 'cleavagey'. It does make you look a bit pointy though!”
“Meh. This bra is OK but gives me conical breasts which is not a look I'm too fond of.”
“Lovely colour, durable fabric, I'd like it give a bit more of a round shape to my boobs, but it compensates for it with the support it gives.”
“I loved this bra when I first bought it as it was my first ever Bravissimo bra so wearing the right size felt amazing! However I've now noticed the shape is a bit strange, making my boobs feel pulled apart and slightly outwards, my friend has the same bra and she mentioned the weird shape to me. It's still a good bra however.”
The thing I find the most interesting about these reviews is that most of the reviewers seem to sort of shrug and concede that at least it’s serviceable. I can’t help but think that many of them would prefer a different bra, but have just accepted that this must be the best thing out there. That makes me sad.
And for the Balconette: 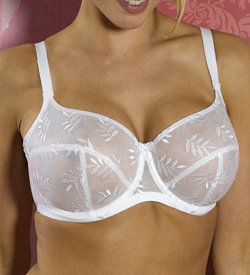 “…it doesn't give the most spectacular shape - it's a little on the frumpy side for me; I would prefer to have a higher, more rounded shape. But I'm giving it 4 stars as it fits my breasts very comfortably and it is very sturdy and reliable…”
“This bra gave me a set of boobs I couldn't recognize as my own! TORPEDO!!! So ugly, not what I wanted! Torpedo facing north but still not as north as my boobs do naturally without a bra... Terrible fit to honest! It squished me down a bit leaving me with a mini quad-boob effect (very subtle). From the side it looked like a triangle! I'm not even exaggerating! From the front it looked okay though.”
“I know a lot of women rave about this bra. …It is very comfortable but it just doesn't get my boobs front and center- it makes me look too wide.”
Obviously not every bra is perfect for everyone, but I think the Tango II is the best example I’ve ever seen of a polarizing bra—one that inspires love, hate, and “meh”. And while I know many people genuinely love this bra and the shape it gives, I wonder if some of the reviewers, even the somewhat positive ones, might be happier with different options.
I was also interested to learn, if this bra is the Tango “II”, what is the Tango 1? It seems like the original Tango is this, the “Tango Classic”: 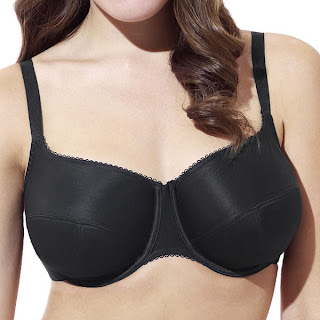 Not exactly the most lust-worthy bra out there. I’ll be the first to admit that the updated, decorated and colorful Tango II has a little more spice, at least, compared to this most basic of basics!
Posted by Bras I Hate at 18:57