I’m planning to do more reviews of bras in the new year. I’ll focus, of course, on bras available in small band sizes and up to the highest cup sizes, since that’s what I have to wear. I’ll start with one of the few bras I like enough to own in multiple colors, the Cleo Lucy. It's a bra that I really appreciate while still having some grievances with it. I still consider the Cleo Lucy to be the closest I’ve come to that elusive "perfect bra", but I also want to draw attention to its flaws.
The Lucy is a bit of a hybrid shape-wise. It has the wider underwires typical of Panache and Cleo bras, but the fabric structure of the cup bears more similarities to Bravissimo’s Alana bra. While many Panache and Cleo bras have a softer upper section that isn’t meant to do any shaping, the Lucy’s upper section is tighter and has stiff lace along the top. Because of this, I had to take in the center gore to avoid major quadraboob. Fortunately, the Lucy has a rather wide center gore to start with, so there is lots of room for this alteration. As you can see, on my older-season coral Lucy in 28HH, the alteration I had to do was so severe that it made the bra look a little ridiculous from the front: 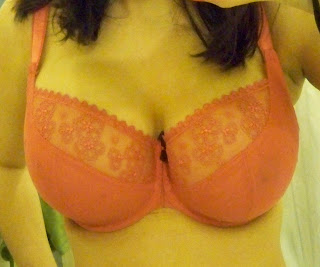 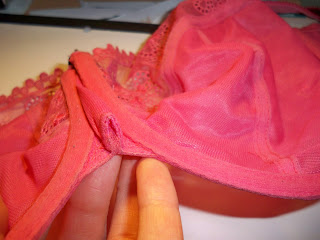 However, I didn’t have to take in as much of the center gore on my white or black Lucy bras. The newer ones seem to not be as tight at the top as the older coral version. 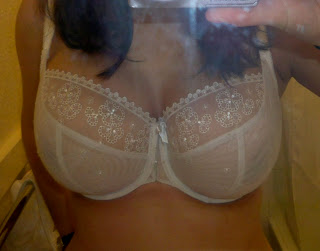 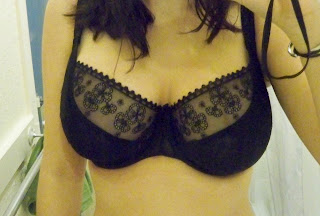 I have the pink and the white in 28HH, and the black in a 28J. I normally wear a 28J, but I feel a bit like I’m swimming in this 28J—the cup fits perfectly, but the underwire goes back MUCH further, which is totally unnecessary and obnoxious. Plus, I still needed to alter the center gore. The 28HH versions fit better and have much narrower underwires, but I would prefer if they were a bit bigger in the cup, so I think I’m between sizes in this bra. If you’re between cup sizes normally, I would recommend choosing the smaller size to avoid the underwires of Doom. However, as you can see, the Lucy gives a very round shape in either size. The black 28J is clearly giving less uplift in the middle photo, but since the cup is bigger, I can tighten the straps to improve the shape without cutting in. 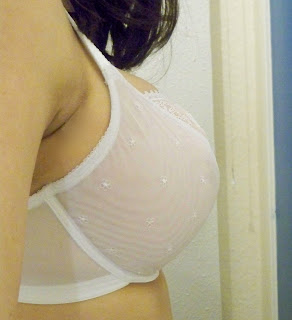 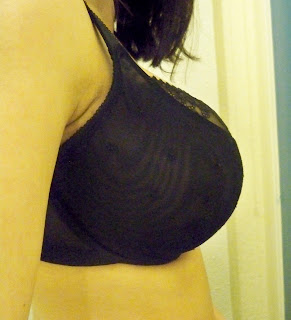 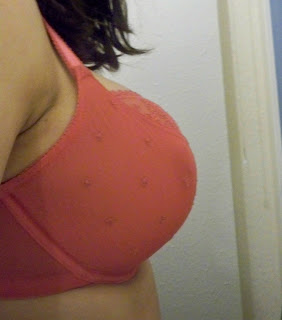 The Lucy also only has two hooks in the back, which bothers me. 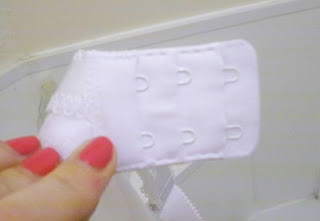 I find that this tends to cause the back band to cut in more because it is so narrow. If you like two-hook fastenings, you’ll be pleased to know that the Lucy has just two hooks all the way up to a J cup. Personally, I think it’s a stupid design choice because the back band is supposed to be providing so much support, and I wish they would update the design to have three hooks.
I'm not the world's hugest fan of the flower embroidery on the top of the cups. I do, however, love the little dots along the top of the cup, and I think they look really cute peeking out from under a loose, low-cut top. 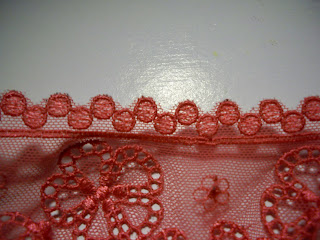 One more flaw I want to highlight is that the Lucy is a tough bra to break in. My pink one was pretty uncomfortable for the first month or so that I had it—the section of band right where it meets the bottom of the cup has a sharp edging that tends to rub a lot. After owning it for a few months, though, it’s become one of my most comfortable bras and the back band hasn’t loosened up much, unlike most bras I have. I’m assuming my newer Lucy bras will undergo a similar process but I’m bummed at the thought of the discomfort I’ll have to go through until then. No matter what you believe about breaking in bras, I still don’t think it’s necessary to make them with materials that can cause pain.
I think if you’re used to the shape Panache and Cleo bras give, you will probably have to alter this bra to get that same shape, but once you do, it’s one of the best. And if you’re suited to the shape the Lucy gives without alteration—a shape more common with certain Freya and Bravissimo bras—you probably won’t like the Lucy’s wider underwires. That said, it’s still a bit of a compromise between the purple and green types of shapes I talked about in my last post, so for people between the extremes, this could definitely be a crowd-pleaser. I would recommend this bra to a friend, but only with several stipulations.
Posted by Bras I Hate at 02:33