Thank you so much for all your comments on my last post. I didn’t intend to take such a long break after writing it, and I don’t want you to think that means I didn’t read the comments or take them seriously! I tend to write a lot of posts at once and queue them to post on a schedule. Sometimes, when these posts run out right when I get busy, there will be a bit of a dry spell before I have time to write more posts. I’m going to make it a goal to shorten or eliminate these dry spells, because I know it is disappointing for readers to check back over and over and not see any new posts.

Overall, the response to the post seemed to be that most people don’t really mind that I don’t engage much in social media, but that social media could help take the blog to the “next level.” This has helped make it clear to me that, realistically speaking, I just don’t have any extra time at the moment to devote to social media. (Over the past couple of weeks, I haven’t even had time to devote to writing new blog posts!) So I’m going to leave social media as a possibility for the future and just focus on building the blog itself, and building up a base of posts, for now.

There were also a number of comments pointing out that this is MY blog and I should do whatever feels best to me and whatever makes me most comfortable. As obvious as this may sound,  I had never really thought about that before. I now realize I was getting a bit sucked into some sort of competition that only exists in my head. I’ve taken a break from reading other lingerie blogs and it honestly has been so healthy for me. As much as I love reading other blogs and as much as they help inspire and direct my own blog, they also tend to make me feel a bit overwhelmed and trapped in my own head. Having taken a break from reading them, I can see much more clearly the direction in which I want to take this.

I do think that I will take some time to update my layout and background, but that will probably happen in the fall, when I have faster internet. So we’ll be sticking with old school for the moment.

In other news, I recently got my belly button pierced… 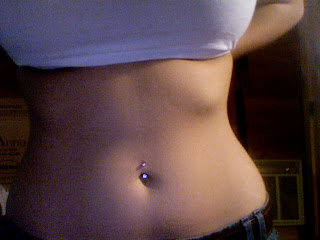 …which I know isn’t everyone’s cup of tea, but I really like it. I’m not really supposed to wear a lot of super-tight tops while it’s healing, and since most of my tops are tight, I’ve just put in another order to BiuBiu in my size, 36BB/BBB. I got the Toscana Lilac, an empire waist top that will do the job perfectly… 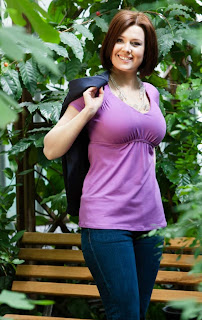 …And the Sines Fuschia, a “beach dress” that I’m hoping will be able to transition across the seasons. Because it's meant to be casual, it's a lot more reasonably priced that the fancier BiuBiu dresses, so it fell into my price range. 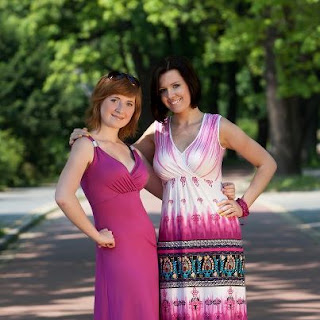 The Sines is the dress on the left. At the time that I ordered, the dress on the right wasn't on the website, but it's just been added--the Alanya. I'm a bit bummed because I LOVE the Alanya and would have definitely added it to my order if it had been there at the time, but such is life! Maybe I'll get it later.

I’ve also been wearing my BiuBiu Etna top, first seen here, ALL THE TIME as it's currently the only empire waist top I own. I was a little unsure about this top in the winter, feeling like it made my boobs look too big. But since I’ve been wearing it a lot, I’ve been getting TONS of compliments on it. I’ve been wearing it with a tight black skirt and most people seem to read this outfit as a dress. 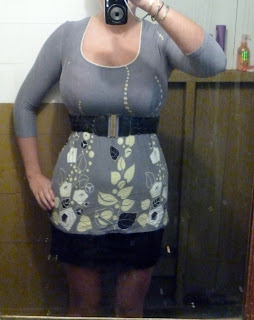 I was planning to sew some sort of belt into the Etna to stop the belt from sliding up, but I actually own a different belt now which doesn’t slide up at all. 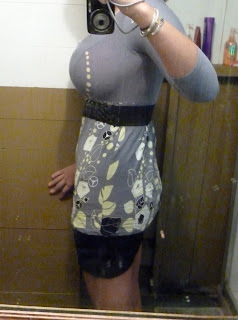 That’s all from me for today but I have a lot more posts in the pipeline and they will be posted a bit more frequently over the next few weeks.
Posted by Bras I Hate at 08:19