What Tutti Rouge Has to Offer (so far)

Over the past couple of months, I've made an attempt to familiarize myself with all of Tutti Rouge's bra offerings. There are many reviews coming up, but I wanted to post a summary just to start off with to help my readers get some mental categories started on what may or may not work for them. For the most part, I've found that it's necessary to size up in the band and cup from your normal size to fit in Tutti Rouge, so I wear a 32HH in Tutti Rouge as compared with a 30HH in other brands. However, it seems (from preliminary information from those who have tried these bras) that the bands suddenly get larger around 34 and start running normally. This means that true 32 bands may be sized out, oddly enough. Exceptions are noted. Tutti Rouge's original collection contained the following shapes: 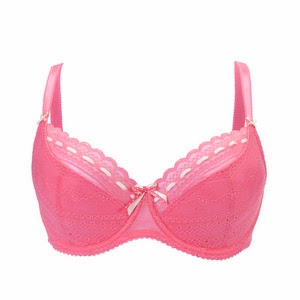 Though too shallow to work for some people, it is a miracle bra for anyone who is looking for a really minimized shape. I have to wear scrubs for work, so I wear the Liliana every day. Tutti Rouge is now recommending to anyone ordering from Big Cartel that the Liliana runs a size small (as in a size smaller than their other bras). They actually will email you to tell you this if you order. I personally wear the same size in the Liliana as in Tutti Rouge's other bras (and fit the same size in all of their bras, despite the huge differences in shape) but anyone with deeper boobs needing more projection might want to heed this advice to size up. If you do that, though, expect the wires to be wider as well.

2. The Betty is a padded half-cup. 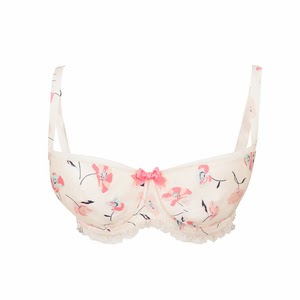 The band on the Betty is by far the smallest of any of Tutti Rouge's bras as well as having pretty much no stretch in it. The 32 I have feels like a 28 and I can't even get it on without an extender. The cups give a great round shape and nice cleavage. I think Betty is a really successful bra and probably Tutti Rouge's most versatile shape currently. I wish the band had more stretch, though. Small 28s and 26s, take notice.

3. The Sophia is a half-padded balconette with a higher gore than the Liliana as well as a completely different shape. 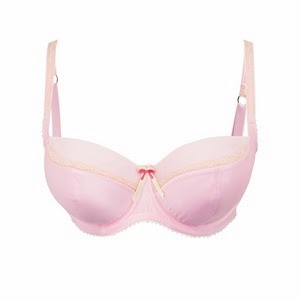 I would say the Sophia is Tutti Rouge's most basic everyday shape. I found it to be a very good fit and give a nice rounded shape. It's not minimizing, like the Liliana, and it's a bit less cleavage-y than the Betty. The top section is an interesting mesh material with no upper seam at all--the fabric is just folded on itself at the top--which gives it an interesting quality of versatility because it can somewhat conform to different upper-breast shape needs. However, I think the upper section is a bit too loose--even I, with a lot of upper fullness, find that I get a bit of gapping in the outer corners of the top section. Those without much upper fullness might find this bra is not compatible. The Sophia's band is MUCH stretchier than any other Tutti Rouge bras, so those who typically wear a 32 or above do NOT need to size up in this one. However, I've heard from a friend that it does indeed run very small in the 30. This may mean that true 30s are sized out in the Sophia.

4. The Frankie is an unpadded balconette. 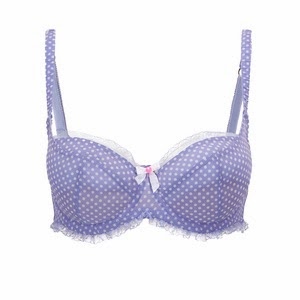 I think it's a pretty good, relatively versatile cut. The shape falls somewhere between Cleo and Freya balconettes. I'm too full-on-top for the Frankie, so it doesn't work for me, but women who are just a little less full-on-top, balanced or full-on-bottom will probably have success in this bra and get a round shape.

5. The Lottie is a fully padded plunge bra. 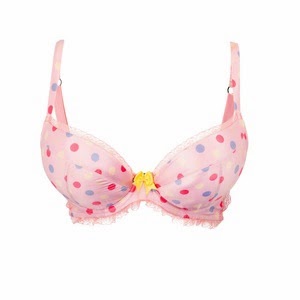 This one did not work for me at ALL. It gave an extremely pointy, downward-facing shape. I suppose it might work for full-on-bottom ladies, and women who like a retro shape may appreciate this bra. However, I don't think it's Tutti Rouge's most versatile or strongest option right now.

6. The Birds of a Feather bra is a half-padded full-cup shape with side support. 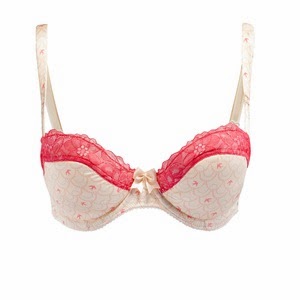 Like many full-cups, it's not going to give a rounded shape for full-on-top ladies. However, full-on-bottom ladies who need more projection may like this shape.

1.  Mae--appears to be the same cup shape as the Sophia: 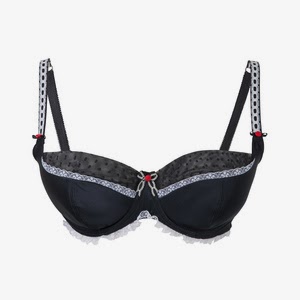 2. Olivia--appears to be the same cup shape as the Lottie: 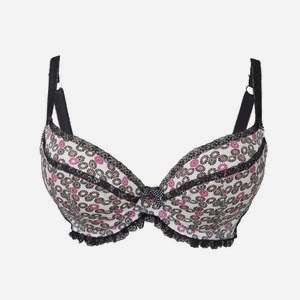 3. Queenie-- appears to possibly be a similar cup shape as the Lottie. 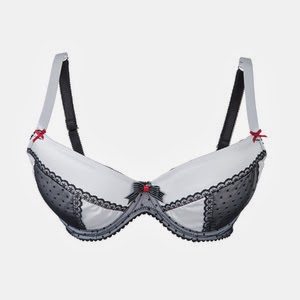 As you can see, however, there is some indication from the photos that this bra may have three lower sections and one upper section, making it a four-section cup overall and thus a totally different shape. It's not out yet, so it is hard to know so far.

4. Evelyn--appears to be the same cup shape as Birds of a Feather. 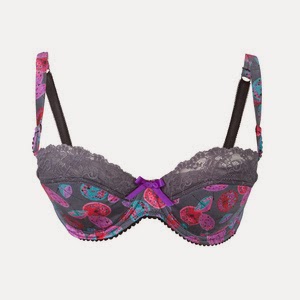 Which is sad for me, as it's my favorite of their prints this season and the shape won't work for me. Ah well, that's what the panties are for. 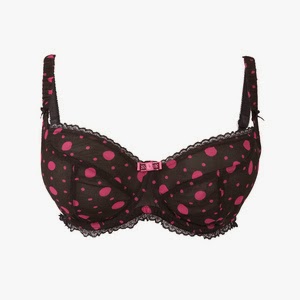 I'm guessing this is a similar cup shape to the Frankie, though it seems vaguely different to me somehow.

The new collection also includes new colors of the Liliana and Betty.
Posted by Bras I Hate at 11:41