Some of you may have heard of the new big-busted clothing line that has just launched, Urkye. Like BiuBiu, it is located in Poland and is similar to BiuBiu and Pepperberry in that each clothing size also has three options for "curviness" sizes. The sizing isn't as similar as I'd expected, though. I read on Urkye's sewing blog that she decided to use a different number of inches between sizes to hopefully get a better fit for more people. I guess I'm one of the people for whom that won't be true, because although my measurements are smack in the middle of a BiuBiu 36BBB, I found that I was weirdly between sizes in every way on the Urkye sizing charts, which look like this: 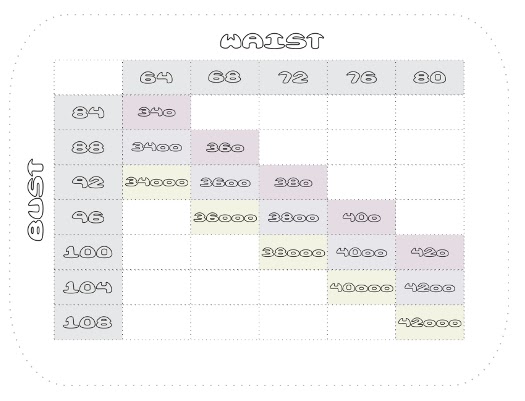 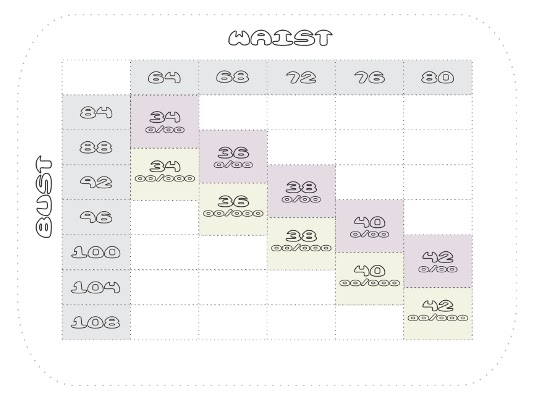 I ultimately decided to go with a 36ooo but I have to say I felt like I was taking a shot in the dark and have no idea how that size is going to fit me. I'm worried it will be too big.... or too small. But despite this, I made an order anyway, selecting this dress: 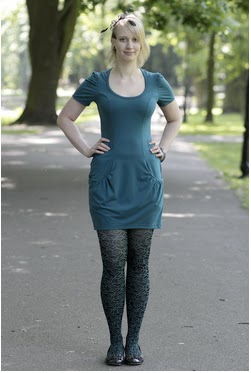 "This dress is not a serious one... :) We added funny pockets that can hide your treasures."

It can hide my treasures! I'm so ready for this! Unlike most of the items I look over and reject on the Pepperberry website, I saw this dress and knew that I HAD to have it. Like my life would have no meaning if I didn't buy it RIGHT THEN. This reaction makes me happy for so many reasons. When I look at clothes on the Pepperberry website, and even sometimes BiuBiu, I often feel like the only reason I would buy clothes like that is BECAUSE they are designed for big boobs. I usually don't find anything I like but still can't kick the feeling that I am "supposed" to like the clothes because they are "made for my body type" and blah blah depressing. I often find myself considering making a Pepperberry order for this sole reason, but I always stop myself when I realize that I wouldn't even be considering if if I didn't feel like I was supposed to want to.

This dress on Urkye's website is nothing like that! It is all that I want and more! I will wear it obsessively, probably every other day for three months (I have a disturbing tendency to do this) if it fits. It has POCKETS! FRONT POCKETS! I almost ordered it in both the teal and the raspberry color, but then I didn't... but I sort of wish I had.

The one thing driving me crazy is that the dress has been delivered already, but I don't know if it fits me yet! That's because I had the bright idea to mail it to my parents' house instead of where I'm living now at my summer job. I'm not sure when I'm going to make it home to try it on, but I guess I just want my readers to be as psyched about it as I am.

Email ThisBlogThis!Share to TwitterShare to FacebookShare to Pinterest
Labels: Clothing