Pepperberry is probably the biggest and most mainstream brand purporting to make clothes for bigger busts. But they honestly drive me crazy with a lot of their designs. Half the time it seems like they just expand the breast area on clothing by adding pleats... 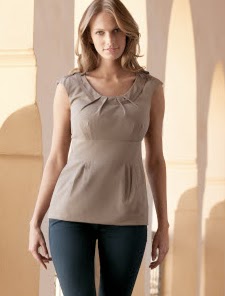 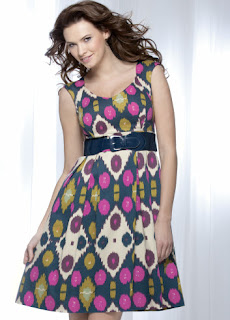 ...or cover up excessive cleavage by adding a fake cami at the neckline (!?)... 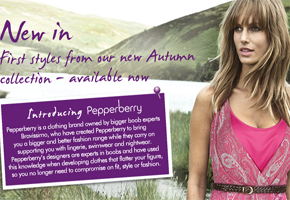 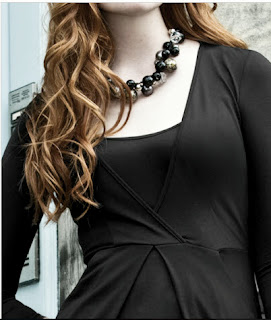 ...all without understanding what actually works for a curvy figure, or why. Pleats can be a decent way to add space for a bust but they also can add become bulky and add volume where volume is not needed. Waist belts can be cute--but they look best when they aren't necessary to draw in the waist of a garment, when they are just an accessory. When I do need to use a belt to draw in a top or dress without enough waist definition, I personally always feel annoyed about it. As for camis under low-cut tops--well those are just a solution we use when there are no options available other than trying to wear normal mainstream clothing that isn't cut for a big bust. I feel that Pepperberry should do better than that, since their prices are so high and their whole purpose is catering to a full bust.

I think this is going to be an ongoing series so I will just go over one item that is annoying me currently, and compare to a similar BiuBiu item that I feel is made better. 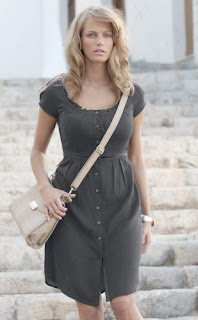 Now, in general I like the idea of this: it’s a good color, it’s nice to have something shorter, and a shirt dress is an item that is hard to buy on the high street if you have big boobs, so it makes sense for Pepperberry to sell it.

I hate how it’s constructed though! The ‘boob space’ is added by those lumpy pleats at the neckline. 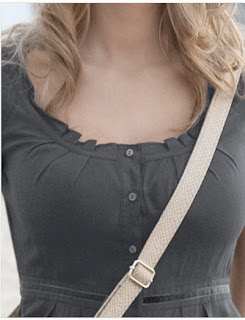 The waist definition depends solely on the belt-like item that ties at the back—and as you can see, even on the model, there is tons of extra fabric in the back. 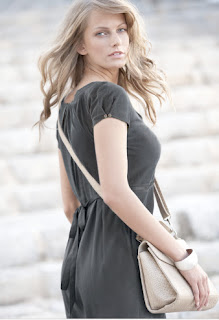 This is exactly what it would look like in the back if you simply belted a large men’s shirt—except with bumpy neckline pleats in the front. Now, I’m not saying this dress is hideous. I’ve seen it looking great on some people (though I've also seen it looking unflattering on other people); if you own it, I trust that you bought it because you know that it looks nice on you. I just feel like Pepperberry ought to have the know-how at this point to construct a garment like this without neckline pleats and waist ties.

To see what I mean, compare to BiuBiu’s Montparnasse gray shirt dress. 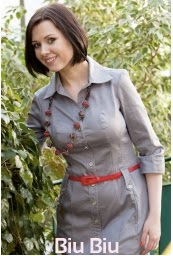 The construction here is totally different. The boob space is achieved by the seams down the front of the bodice—a much subtler, more flattering, and less lazy construction. There are no pleats to add bulk, the dress is just cut to have space where space is needed. The waist definition also comes from this seam pattern. 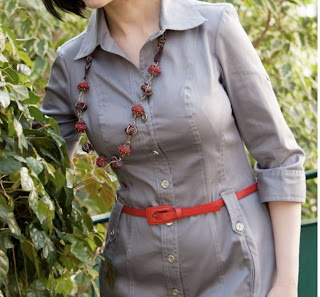 The belt shown in the photo isn’t nipping in the dress at the waist—it is sitting a bit loose and not even on the waist, it is just there as an accessory. The waist of the dress itself is doing the nipping in! The dress would look good on its own, even without the belt, because it is constructed to fit and flatter an hourglass figure.

I also find it hilarious how happy the BiuBiu model looks, in comparison to how miserable the Pepperberry model looks! I know that is just styling, but still...
Posted by Bras I Hate at 09:00