In case you’ve wondered why posts have been a bit thinner on the ground lately, it’s because I’ve just moved from the UK back to the US. I’m home for two weeks, in which time I have to go through all the boxes of my old clothes and papers from high school to sort everything and get rid of everything I don’t need anymore. I’ve also been seeing old friends and generally going a million miles an hour. But I’m hoping that after this week, posts should pick up the pace and I’ll hopefully get back to posting around twice a week. So thank you for your patience.

As promised in my last post, here is my review of the sports bra I found that works really well for me. You may remember that I found the Panache Sports bra didn’t work for me in a 30H because I needed a 28 band to match my underbust measurement. But I had heard that Shock Absorbers run really tight, so I decided to try a 30H again. These bras are commonly available on eBay and usually at very low prices and in loads of colors. Just make sure you know which you’re getting--I am still a bit confused as to which Shock Absorber is which. There are sometimes references to "Level 4" or "Max Support". The one I have usually seems to be referred to as the "Max Support" bra, but in many of the eBay listings it was also referred to as the Sports Bra Top, and looks like this in photos: 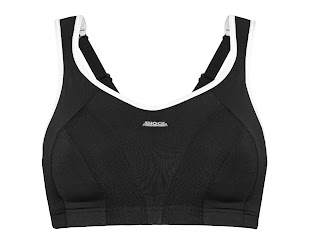 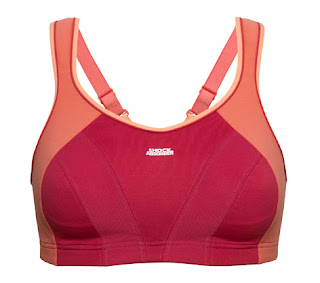 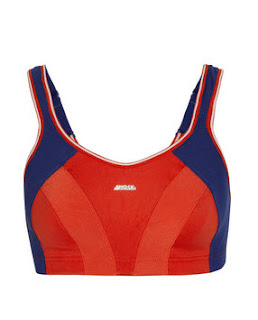 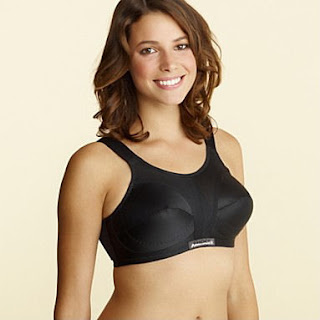 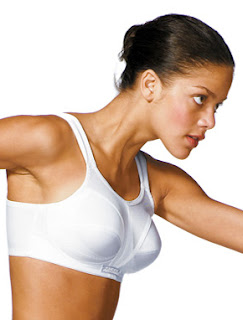 When I got my Shock Absorber I immediately knew it was going to be a success. The support was really top-notch. This bra relies on compression (basically smashing your boobs to your body) rather than encapsulation (holding your boobs tightly in a boob-shaped structure) and I’ve found I really prefer compression, so I’m happy with the Shock Absorber compared to the Panache encapsulation bra.

Here is the bra on its own: 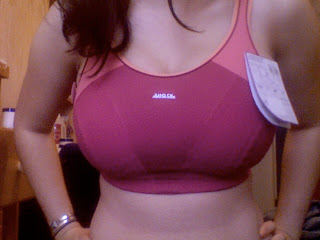 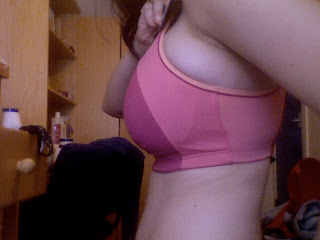 You can see that I have some side-boob where I spill out from the bra. But, because the Shock Absorber spots top is wire-free, I had always planned to wear it with a balconette bra. I just really prefer an underwear to separate my boobs so they aren’t touching in the middle. Here it is with a Panache Harmony Balconette underneath. 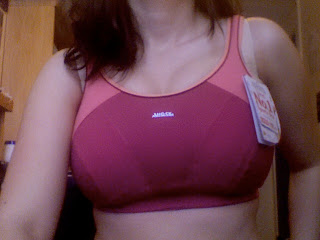 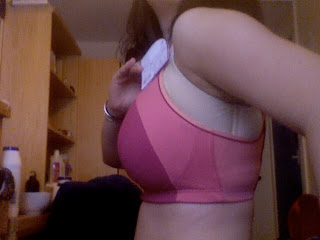 With the balconette underneath, the Shock Absorber is stellar and amazing! I have absolutely no motion whatsoever when I run. It is the same level of amazing support that I get in the Title Nine Frog Bra I used to wear. I could definitely run in this Shock Absorber and feel very comfortable. I wore it for an intense horseback riding lesson this morning and the support was perfect and I didn't have any bouncing at all--quite a feat when you're cantering! 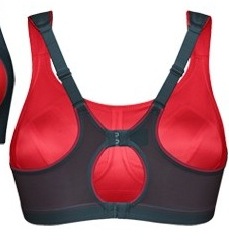 I found the easiest way to do it up is to first fasten the bottom hooks, then push the straps closer to my neck and do up the top set of hooks. And, importantly, it is really easy to take off. I don’t mind struggling to do up a sports bra, but I HATE struggling to take it off when I’m all sweaty after exercise, which is why I wanted to upgrade from the Frog Bra, which has to go off over your head. Undoing the hooks after exercise is super easy and a big relief compared to wrestling something off over my head.

I would highly recommend the Shock Absorber sports top, especially with a wired bra underneath. The support is better than anything else I’ve tried on, and best of all, it is available at great prices on eBay. For me, having something that works and is accessible at low prices is really the push I need to exercise more. So if you’re hoping for a similar push, give this bra a shot!
Posted by Bras I Hate at 08:23